Identity, DNA. It's all the rage to look for the Identity of a place. The identity of the NDSM is tough, industrial.
Often aesthetics are mistaken for identity. We think the identity of a place is the consequence of the way people act/work. The result of a practice. The feeling of freedom, of playfulness that people mention when describing the NDSM is directly linked to the practice of creating and self organization.

FLIPSIDE
This behavior of course has also a unruly wild side. And there in lies the dilemma. You want the playfulness, but not the messy stuff that comes with it. You want 'free' but not law less. You would like to keep the qualities that make the NDSM very attractive and special, but with other people that are more wealthy and less wild. In short: You want gentrification.

COPY?
The aesthetics are copied and the practice is negated. But that leaves us with a problem. It sounds like a duck, looks like a duck but doesn't do the irritating pooping and breeding. It is a dummy. And everybody knows and feels it.
Is there a way out of this dilemma? Or is every new development the end of the former one? Do you need a new Identity rather than having just the look and not the feel?

ID=NOT A BRAND
We have to change in order to stay the same. Identity is the result of a practice. Not clever branding. Keeping the same identity under different circumstances requires new strategies and a lot of investment in communities that operate in the desired way.

the NDSM in the 30 ies
messy, dirty but effective

IDENTITY, not a brand 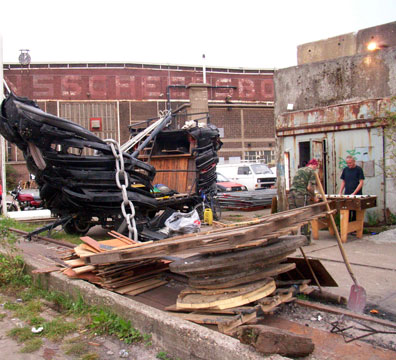 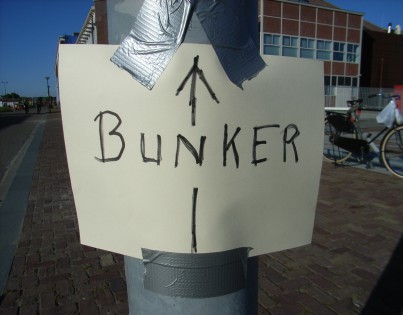 de Bunker was a communal space in Y helling. It was used for cheap communal meals on fridays. It also was a party location. One of the best underground clubs in Amsterdam.
It was closed in 2011, because it did'nt have permits. 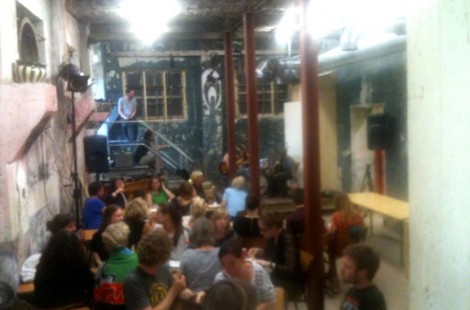 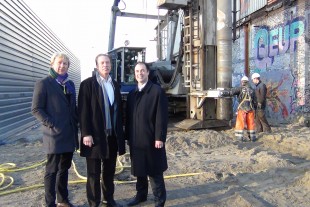 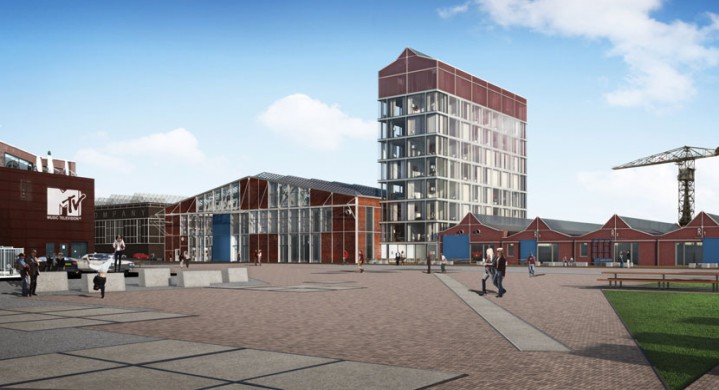 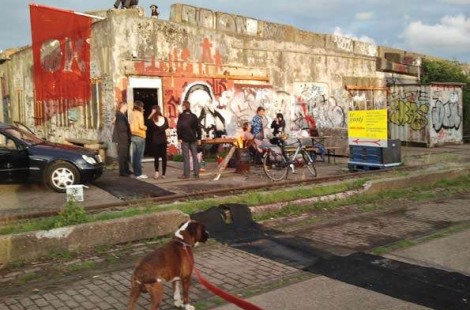 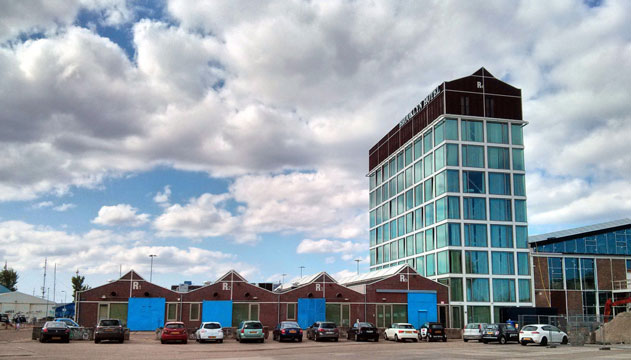